Nice toy for a long drive in the car, keeps noisy kids quiet 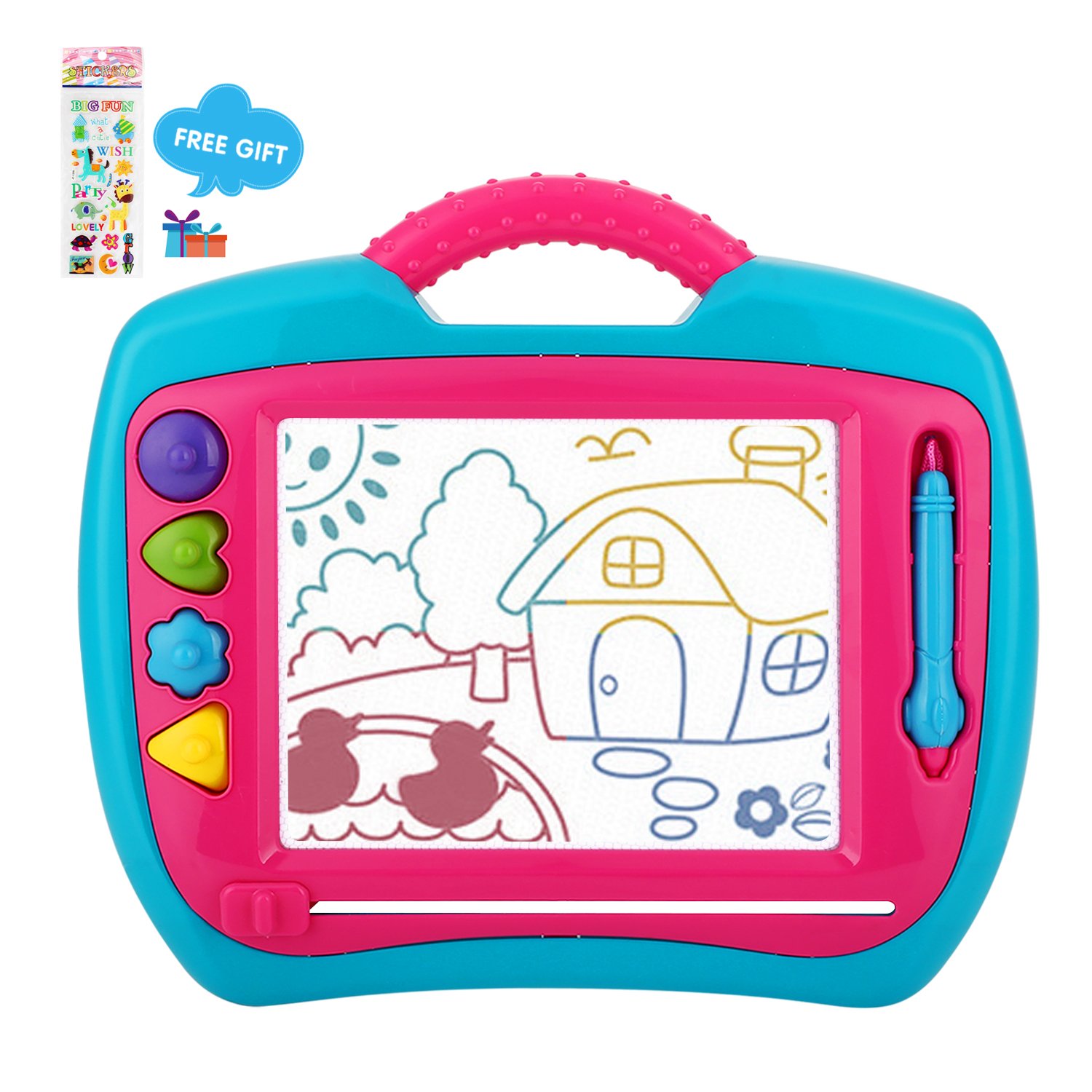 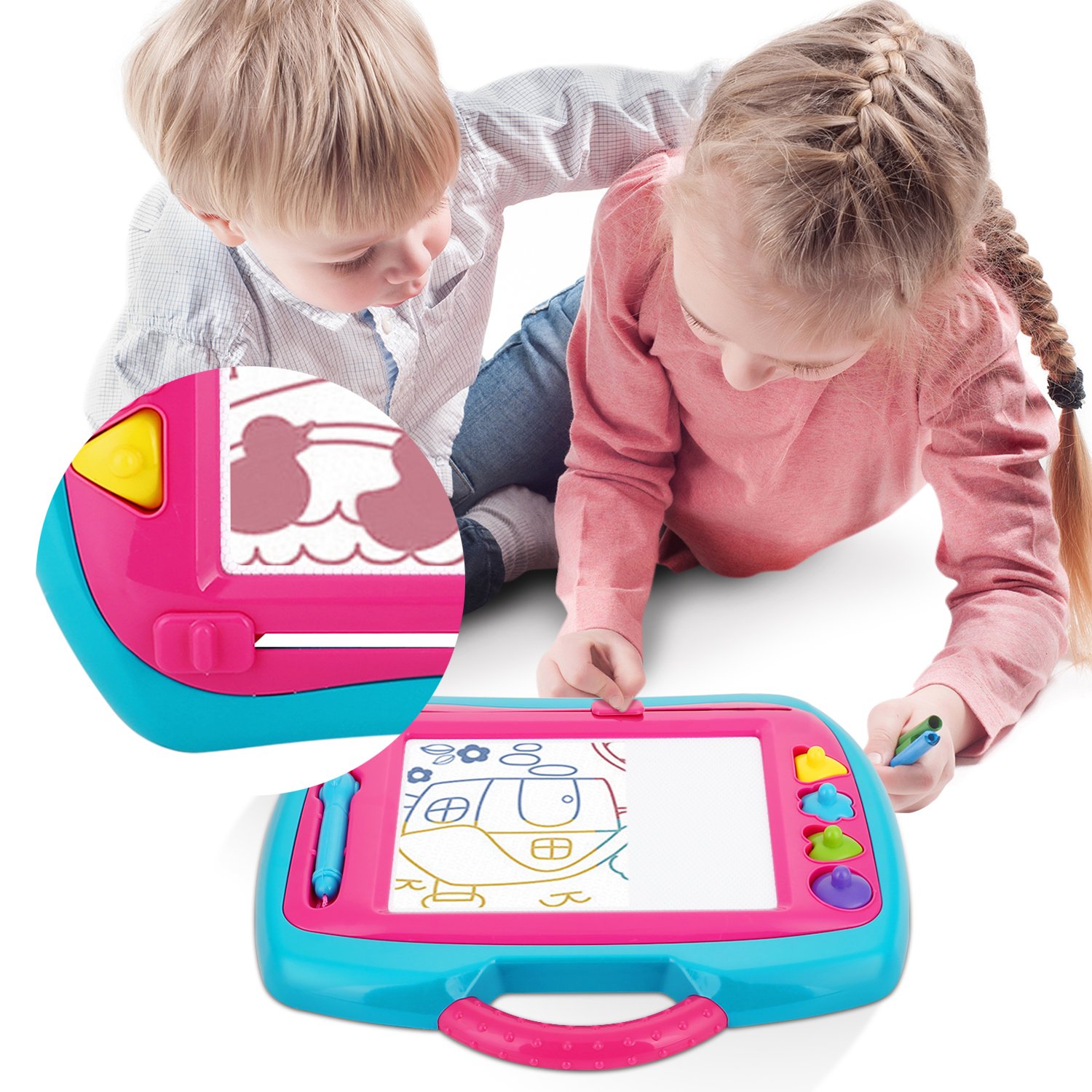 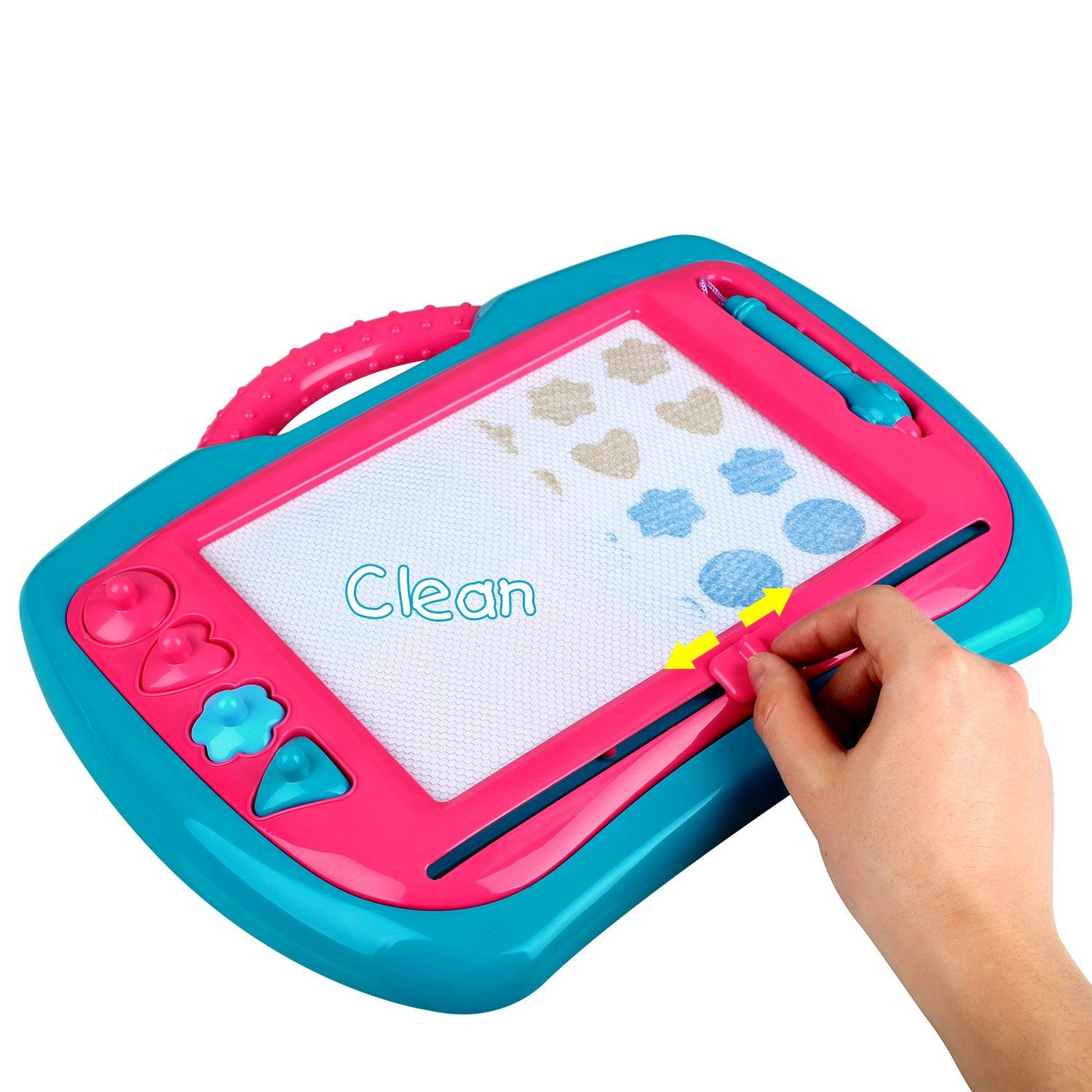 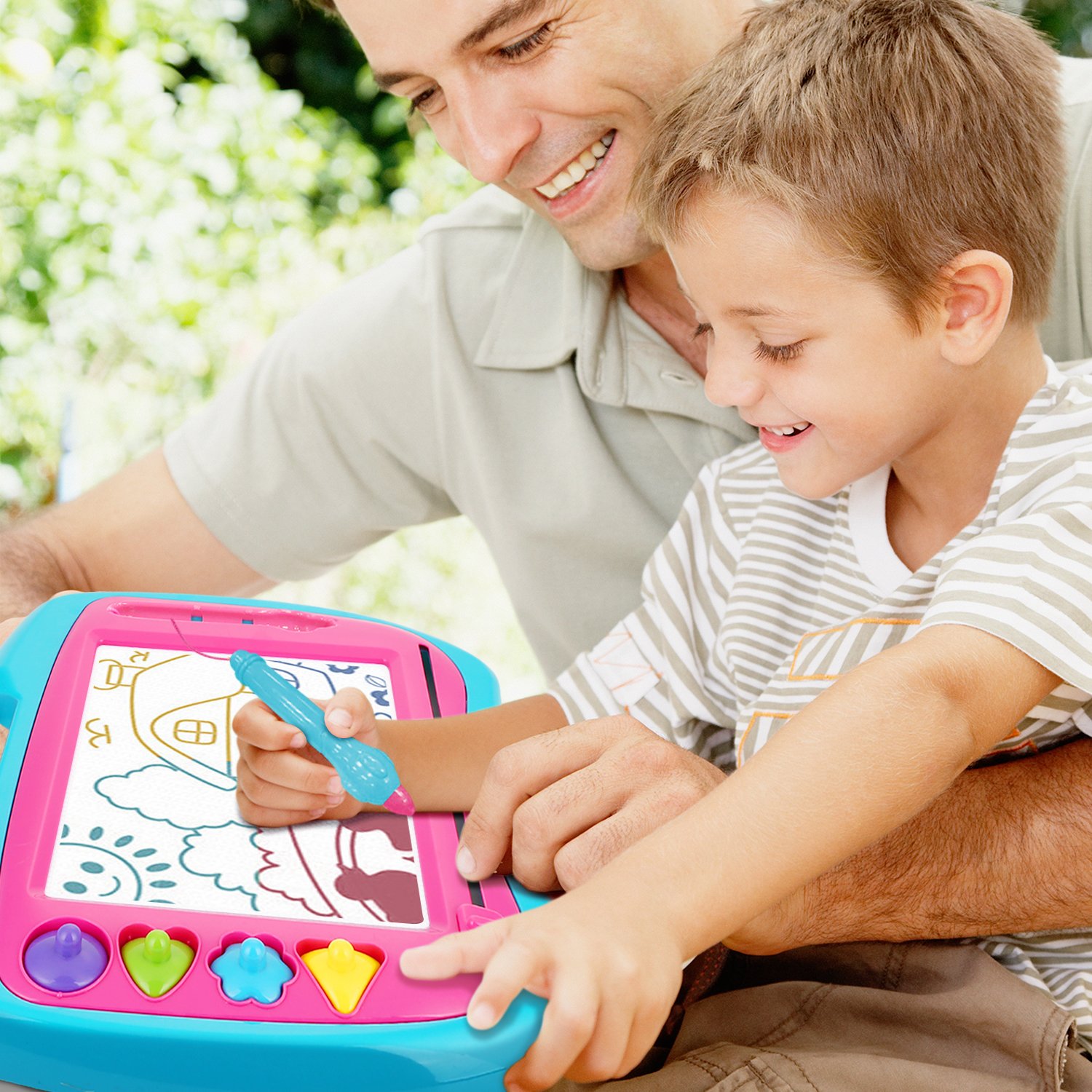 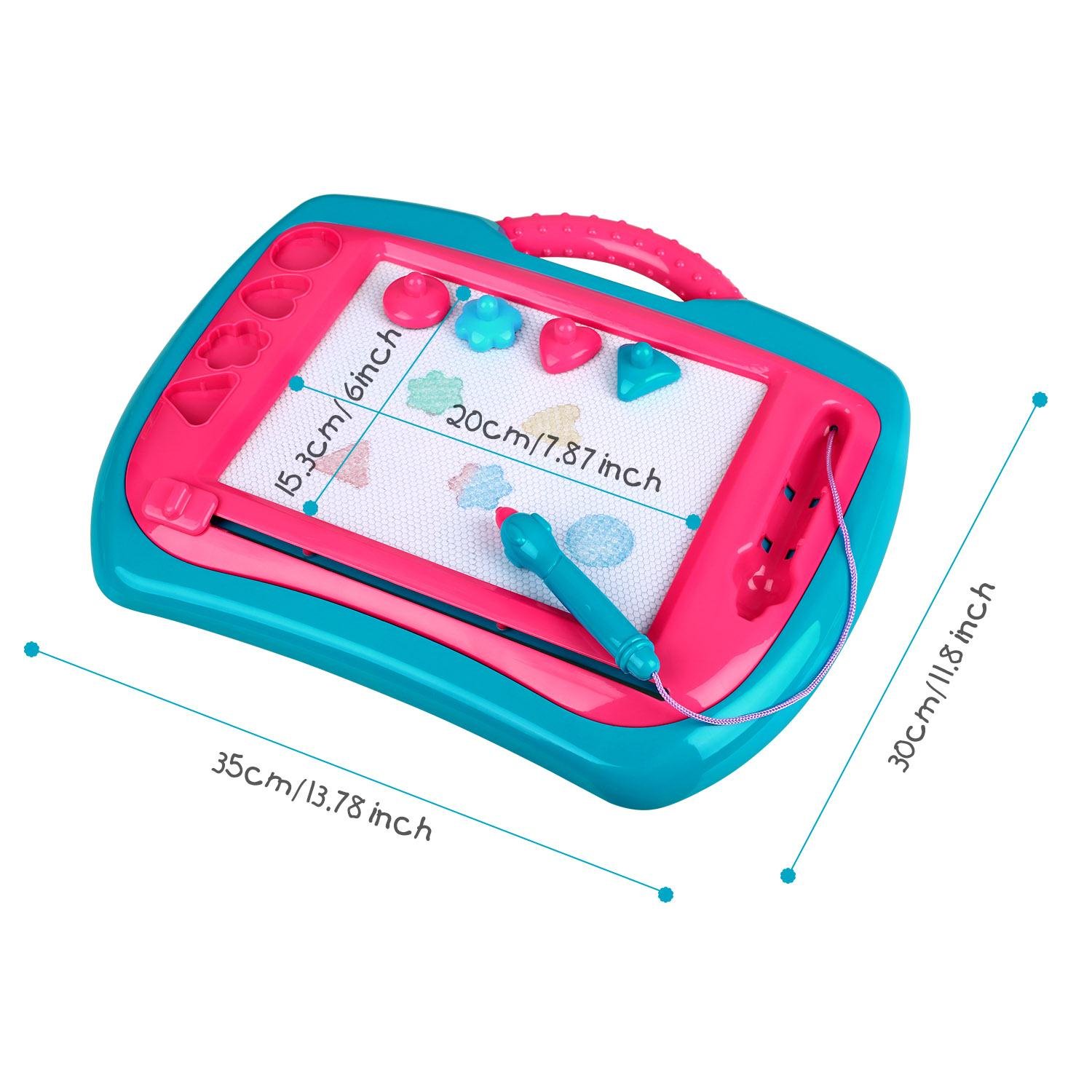 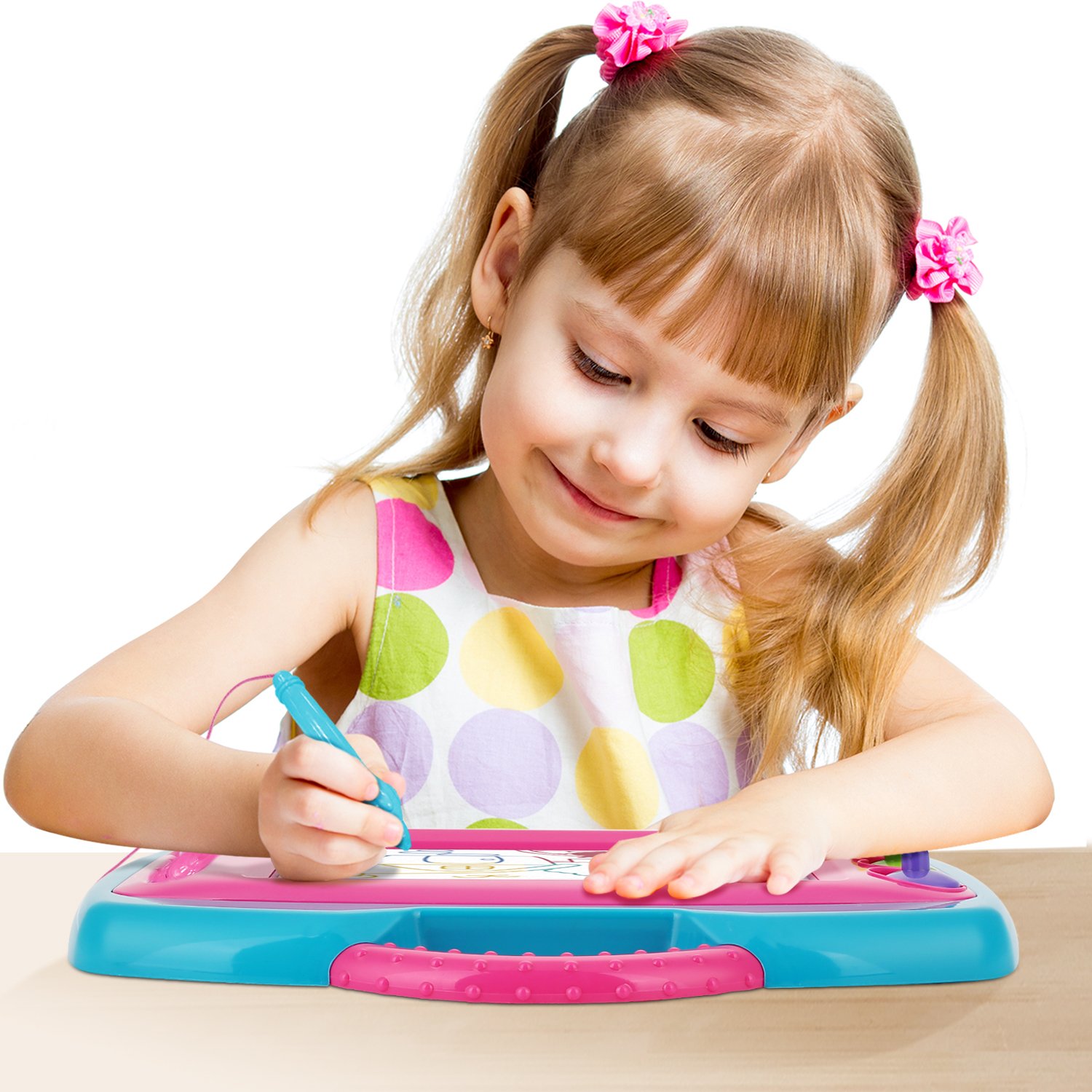 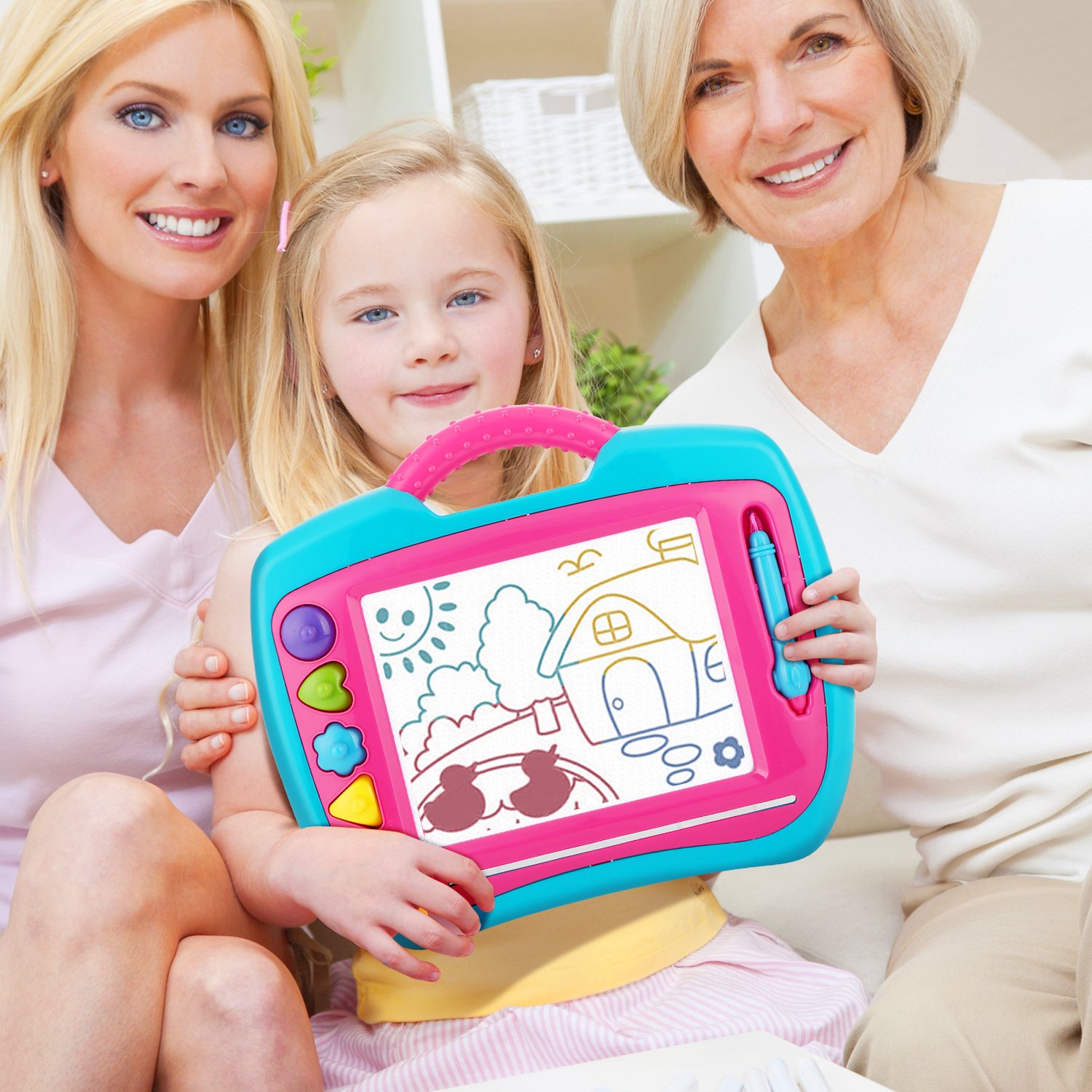 Because my two year old has so many toys at home, many of them electronic, this drawing toy is not one that I would say my daughter is wild about. I don't mean that she dislikes it or that it's a bad toy at all. It's just that I let her play on her own iPhone, so she's used to using toys on a fancier scale. Having said that, she has come to love this drawing toy when she's in the car riding around with me while tucked into her car seat with the safety of seat belts. I don't let her play with things like the iPhone when she's in the car because I like to give her the opportunity to enjoy nature and all its beauty, and I don't believe a child using an iPod actually does that. But with this toy, she actually attempts to draw some of the things that she sees while she is looking at the beauty of what's around her..

Now, this doesn't give exactly the most fancy picture, and the four colors which are part of the background of each drawing always remain the same and in the same places, so the pictures will end up having colors behind them which to someone who didn't know the toy, might make the pictures end up looking weird. But once that's figured out, there's no wondering why a child colored, say, the sky pink or some other type of drawing like that where the color doesn't exactly fit what is being drawn. I think the toy is a nice one, and I only have one real caveat to write about. This one is definitely for a child the age of 3 and not really good for younger kids. The pieces are safe for younger kids, but the ability to clear the board by sliding the lever from one side of the toy to the other is difficult for a child who is very young. That's sort of disappointing because I think younger kids would really like this toy too, but they're not able to use it on their own because they can't clear it properly. That's not really a complaint about it because it is supposed to be for Age 3 and up, but if it wasn't for the fact that the sliding mechanism is a bit hard to do, this one really could be a proper toy for kids under age 2. Overall, I still think this is a good toy and hope if you order one that your kids will enjoy it as much as mine does.