Decent toys, but not for aggressive chewers 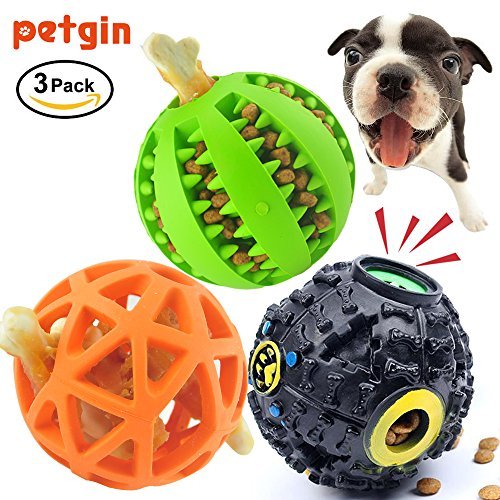 Avg. Rating
3.00 / 5   (1 Reviews)
My dogs are the most spoiled brats possible. They get so many new toys, treats, and goodies that they think every package that comes in is theirs. When this one arrived, I barely got it out of the bag to take pictures of it without the dogs trying to steal it. They are horrible when it comes to taking pictures because they want to sniff and take everything that comes in.

This set of treat balls comes with three in the package. One has a bell, the other two are silent. They are all a little smaller than I expected, which always worries me since I have a giant breed English Mastiff who can easily get it lodged in her throat if I don't monitor her play time. They would probably be a great size for a medium sized dog, and might work for a large dog, but for both of my dogs I prefer to monitor all play just to be on the safe side. My Australian Shepherd/pit mix likes playing with any of them, but he is on the larger side for his breeds, so I am still not sure it is big enough even for him so watch him closely.   I honestly have no clue how good they are for dispensing treats, since my dogs don't need the mental activity of trying to get anything out of them and only need the exercise. They prefer to play with them so have no clue what the grooves, holes, and ridges are even used for. I was a bit disappointed that my Shep mix actually tore up the black one within less than 10 minutes of starting with it, since it seemed to be the most solid of the three balls. I thought maybe it might last longer, but he tore through it quite quickly, leaving me with a nice pile of black material to throw away. And neither one of them likes the orange one much at all since it is not as solid as their tennis balls or larger balls. The baby has actually found the orange one to be more fun than her own toys, poking other toys inside of the grid and then rolling them around.

So overall these haven't been the great set I was hoping their would be. One ball is gone, the other not even played with by the dogs, leaving me with one that they don't really seem all that interested in. Might be a good set for others, but not the greatest for my spoiled brats.    #RankBoosterReview #sponsored #petgin #dogtoys #chewtoys #aggressivechewers #dogchewtoys #dogball #balls #treatball #spoiledpuppies #mydogsarespoiled #spoiledrotten #ilovemydogs
Get yours here: https://amzn.to/2MhAt1L 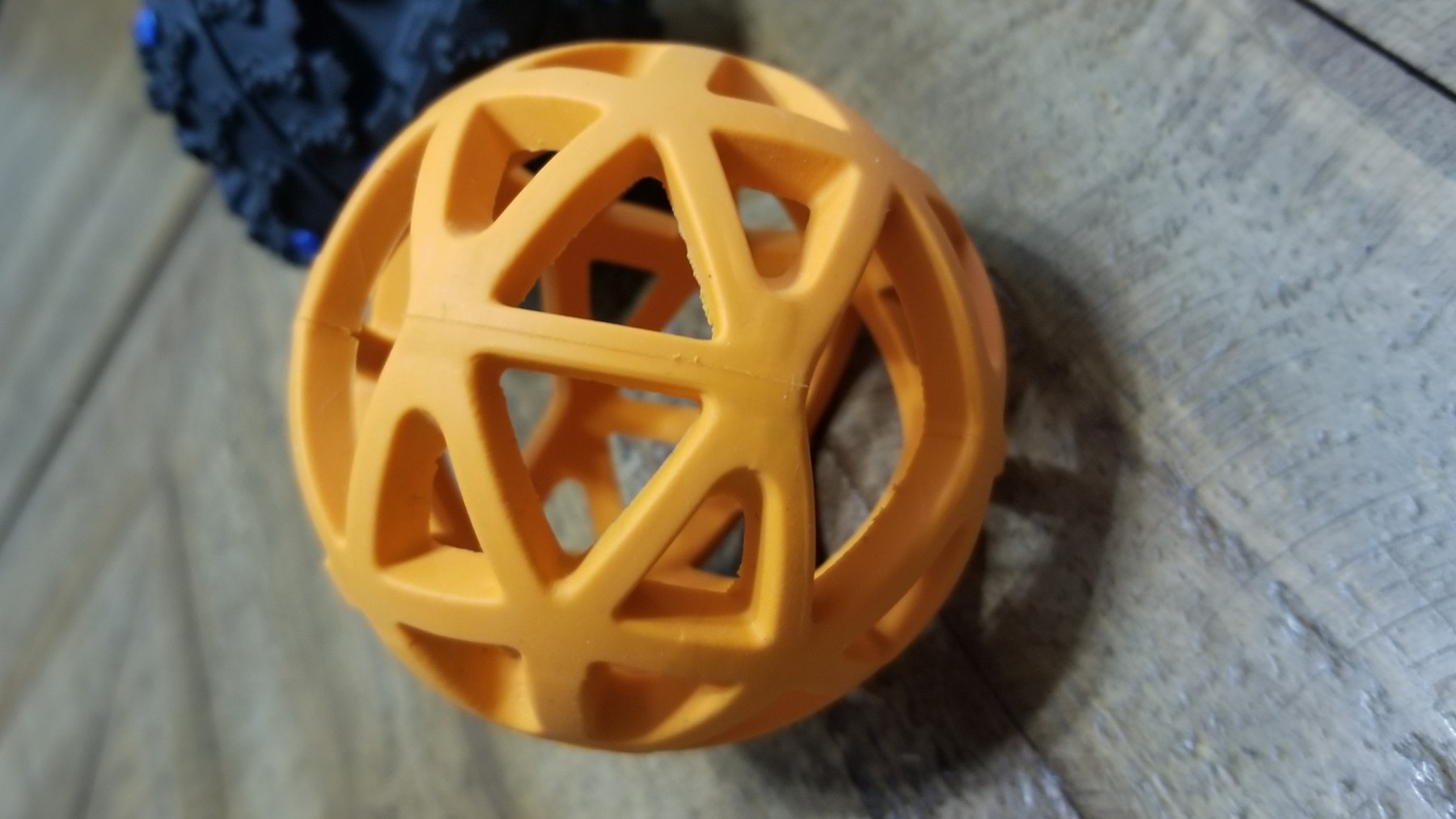 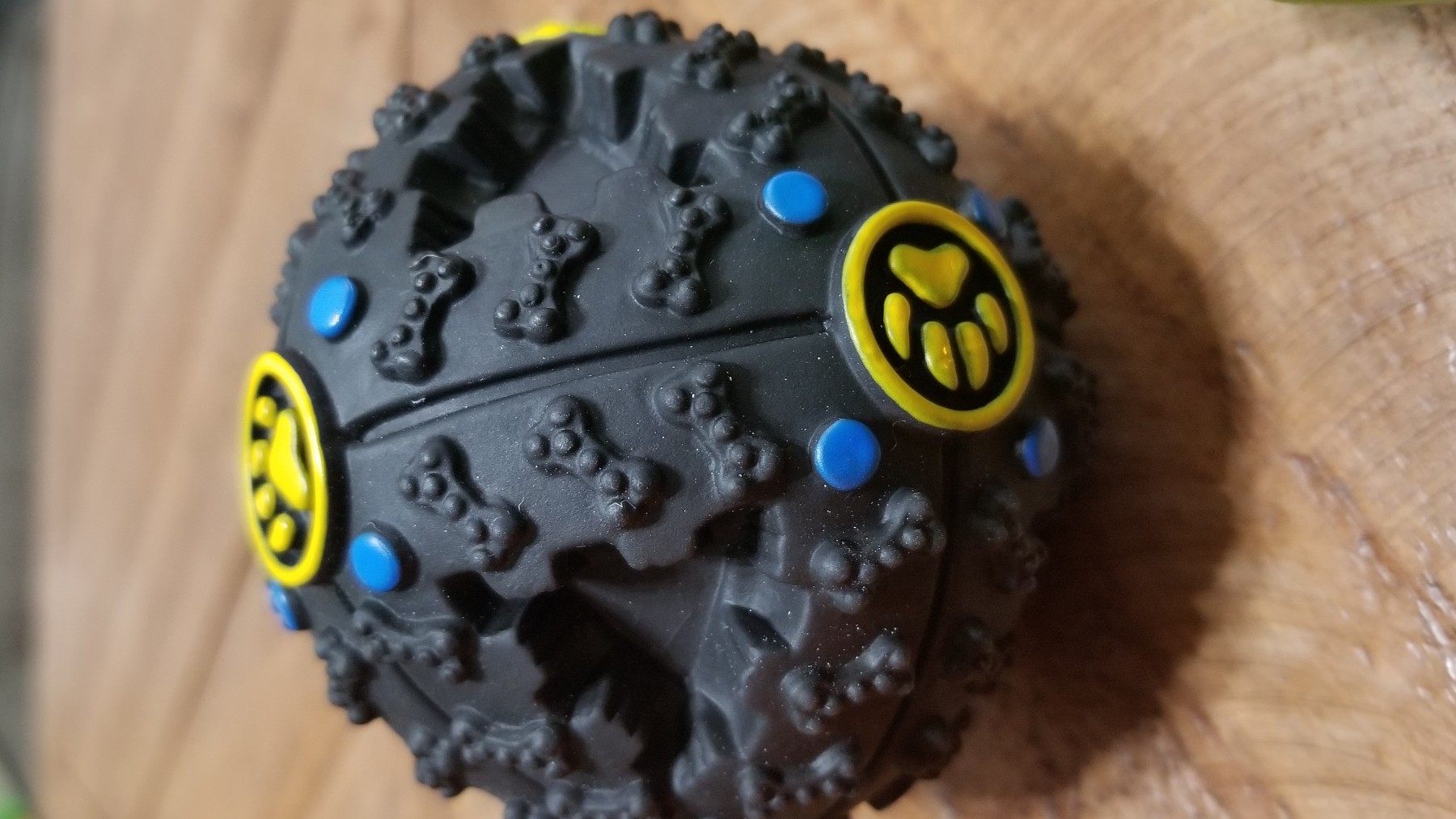 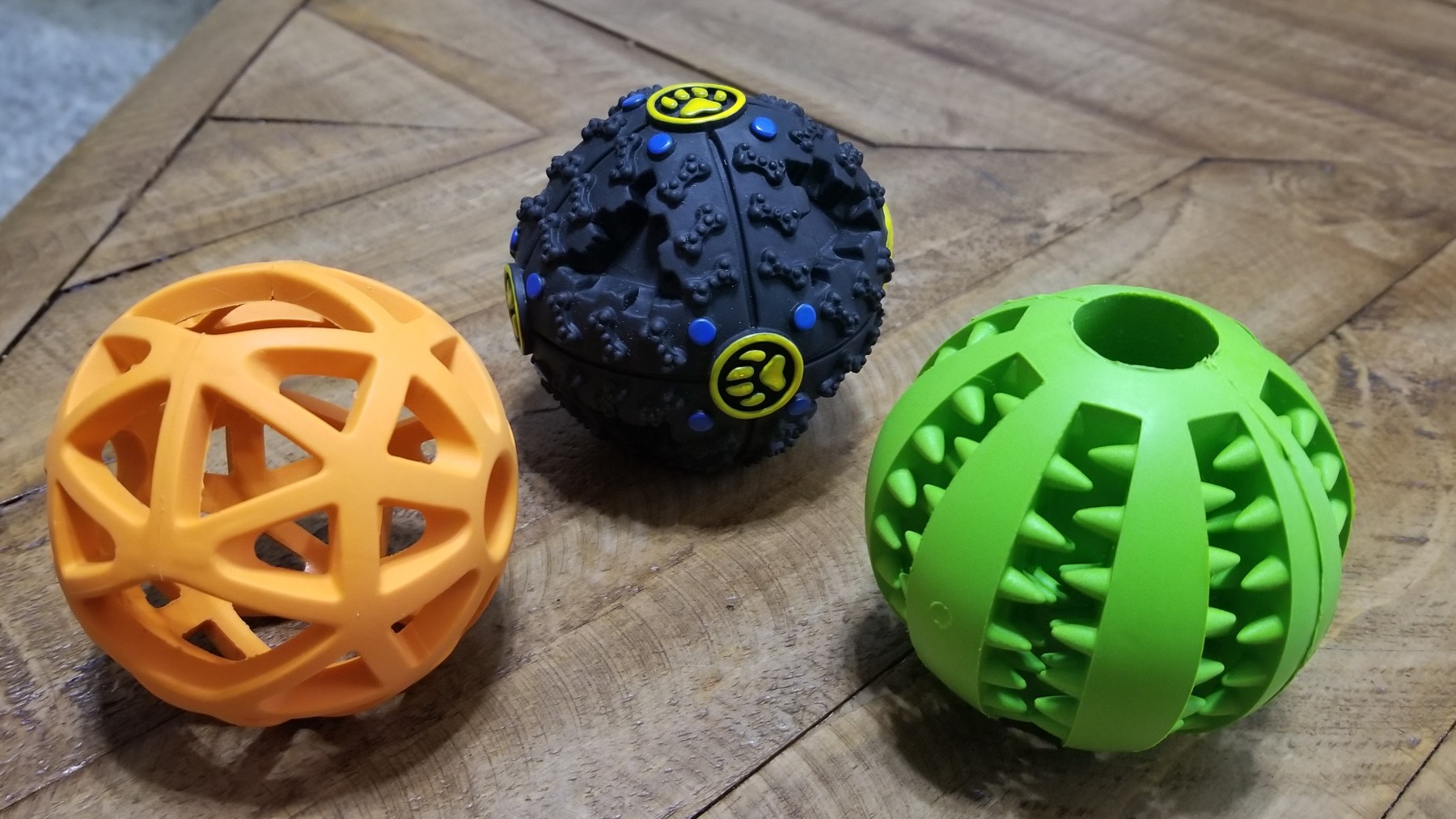 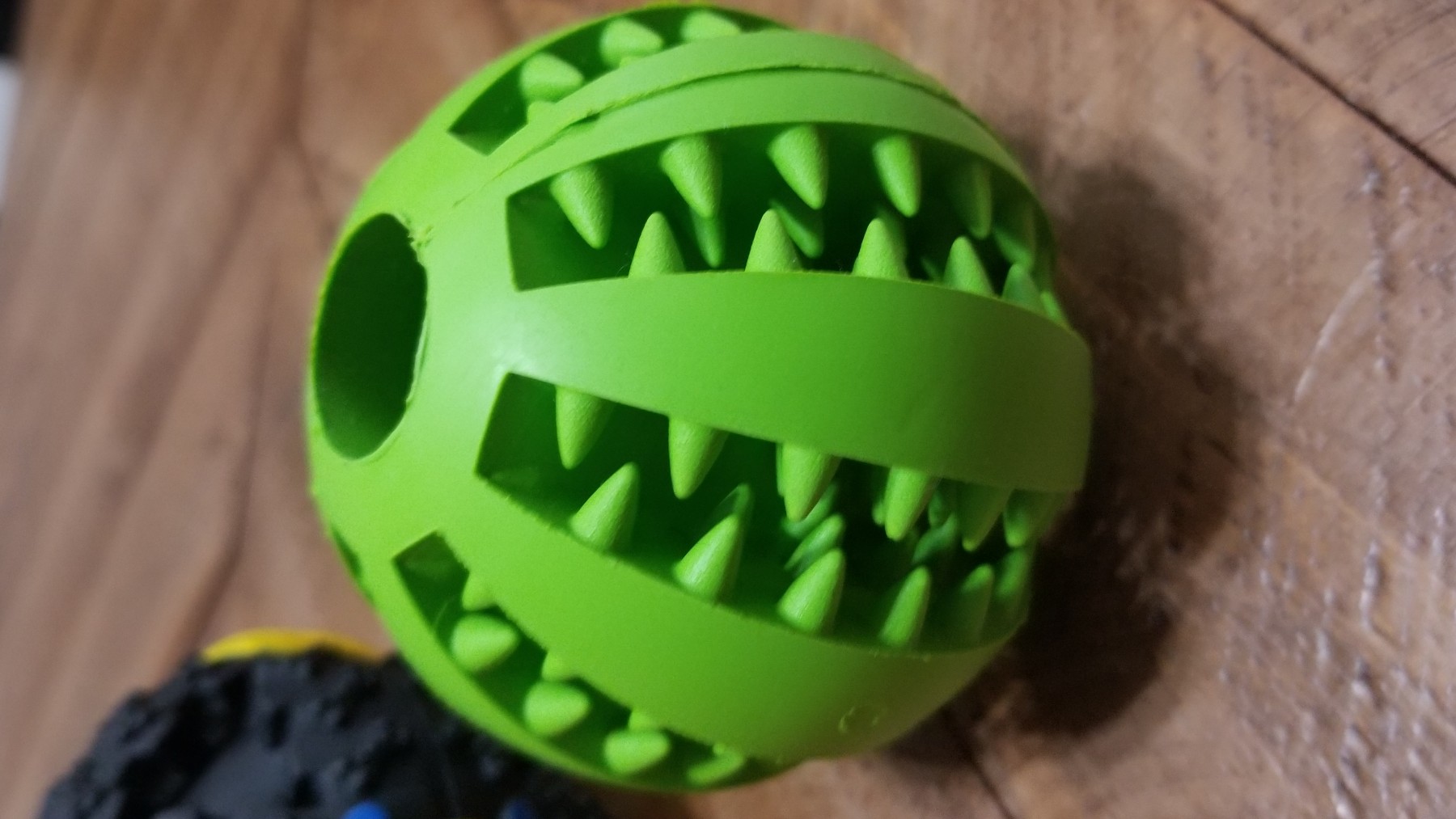