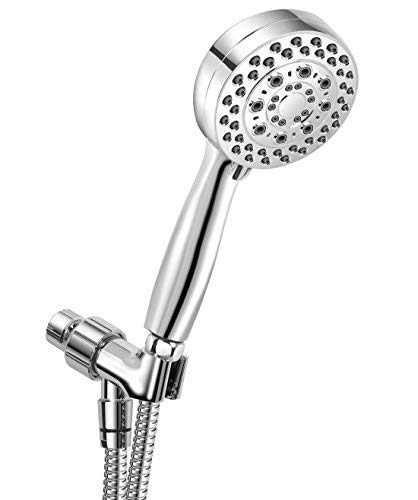 This shower head works great and was a cinch to install. There's really not much to say about it other than it works as advertised. We've used it for a number of months now and I'm very happy with the performace relative to the cheap shower head that was originally there. The mount attaches to the the shower pipe and securely fastens the head in place. It works great and I'm very happy with it.