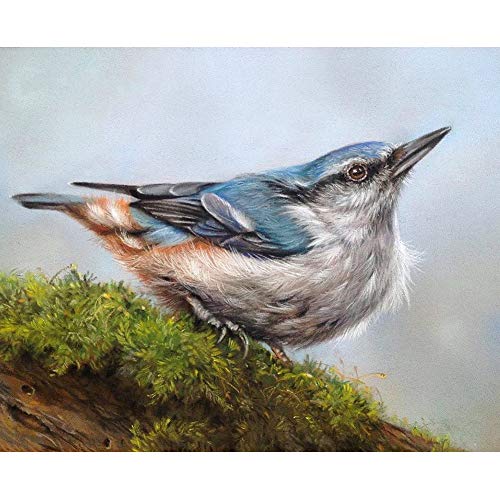 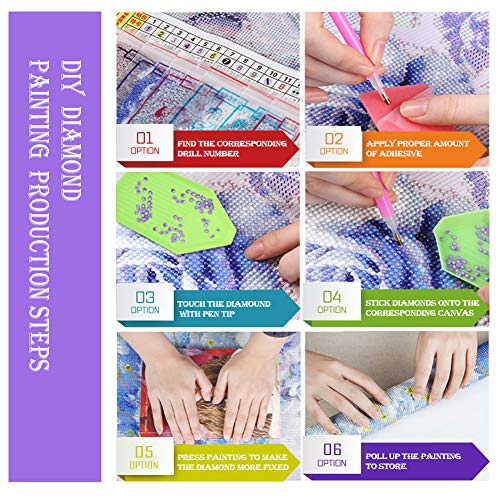 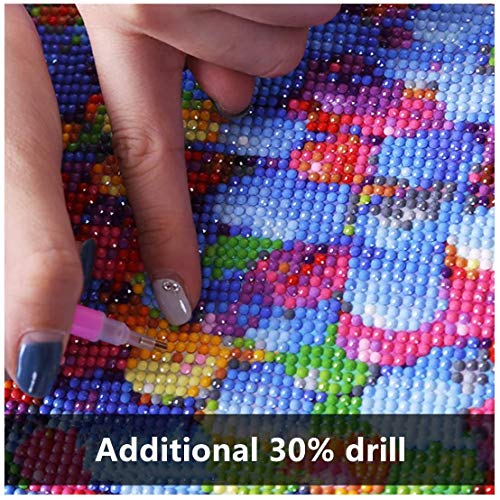 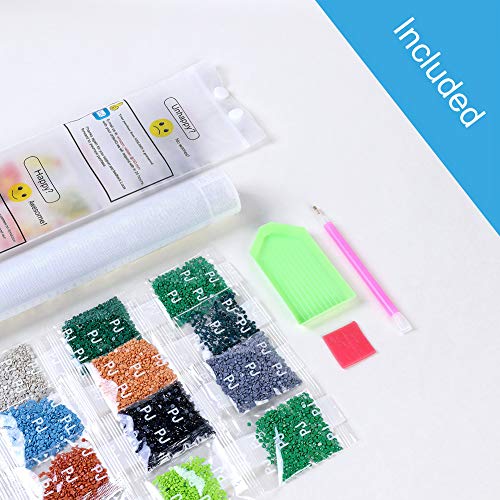 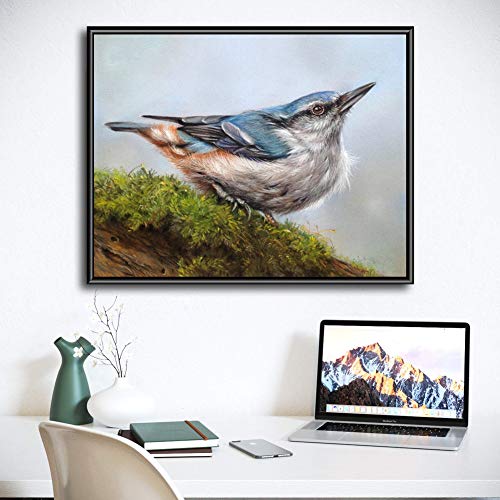 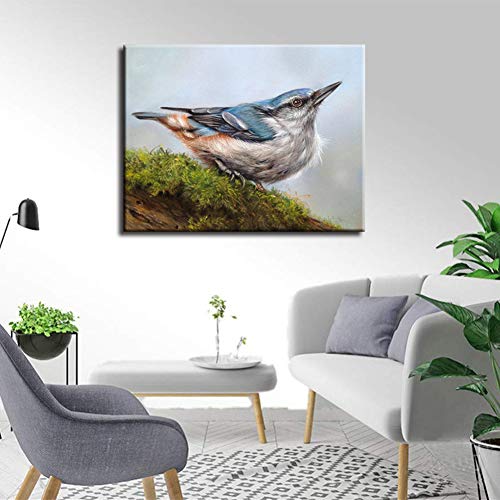 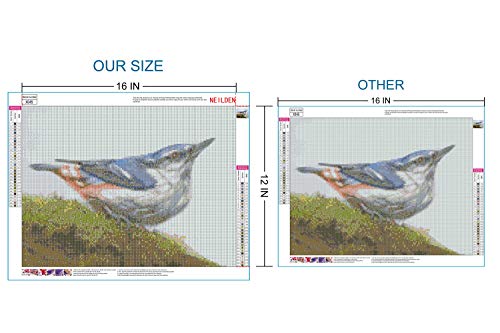 I started this picture and noticed that several bags had different random colors mixed in together. There were also not enough pieces to finish several colors. I found many misformed pieces and pieces that were stuck together. The colors on the gems do not match up to the colors on the picture so it looks off when filled in. I haven't done diamond painting before but had been seeing a lot about them so I decided to try it. I was expecting the pieces to actually be diamond type gems and to sparkle but these are small plastic discs that do not have much sparkle to them. The picture comes folded up and is almost impossible to get it to lay straight even after weighing it down for several days. It was frustrating that it kept rolling up as I was trying to work on it. This item has been removed from Amazon and I have tried contacting the seller about the missing pieces but haven't received a response yet.