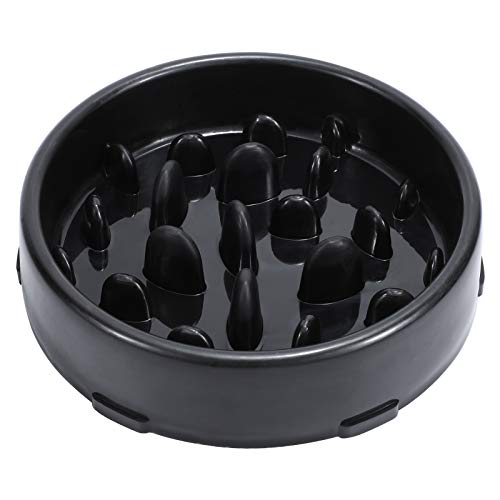 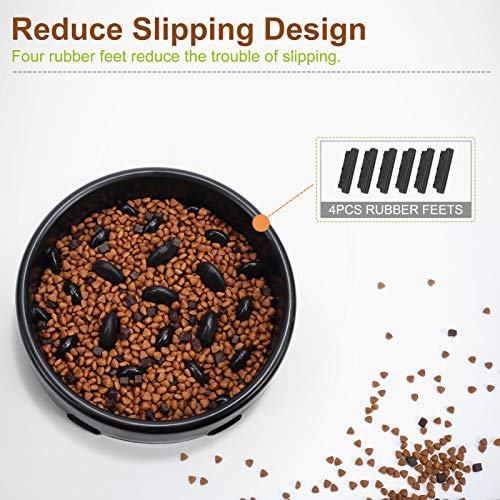 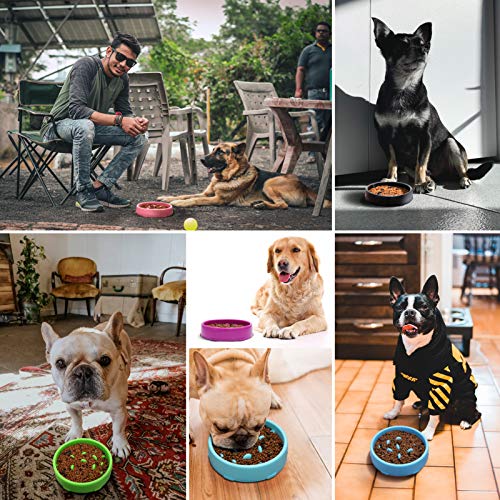 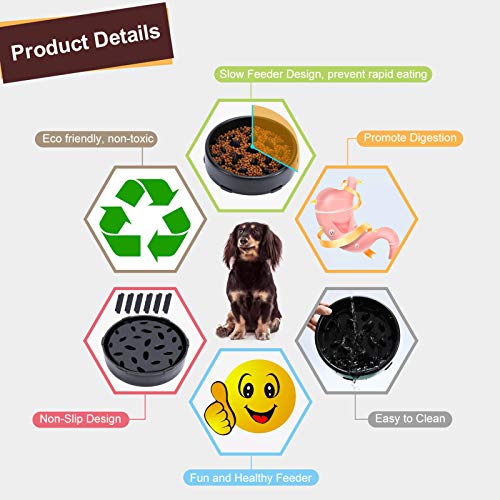 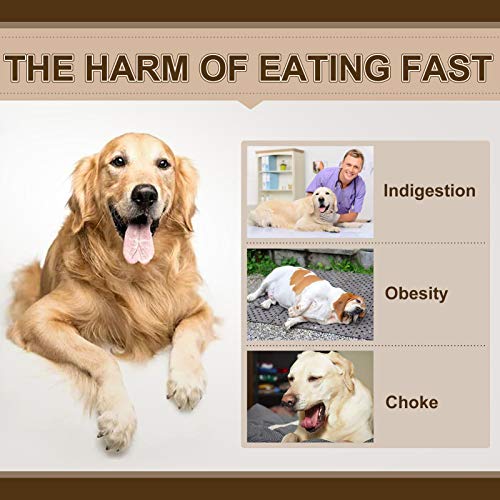 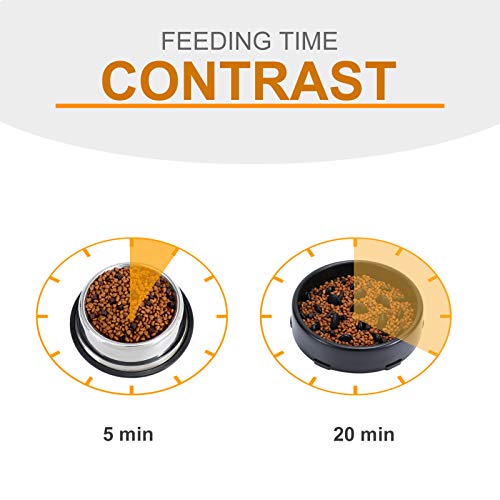 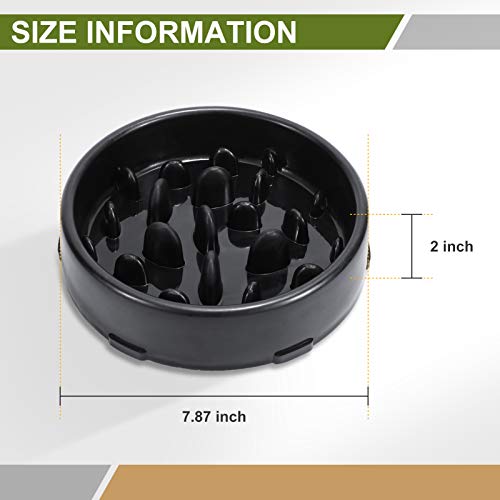 I ordered this bowl because my dog was getting sick to his stomach frequently and I couldn't figure out why. Nothing about his diet had changed and he hadn't had the chance to get into anything he wasn't supposed to be eating. I had seen these types of bowls before and I'll admit that I had assumed they were a gimmicky, passing fad. Boy, was I wrong.

My dog used to eat 1 cup of food in under 1 minute. Now, using this bowl, it takes him around 4-6 minutes, as he is forced to eat much smaller bites. Because of the small notches inside, he has to chew his food and swallow it to empty his mouth to get more, because it controls the angle at which he can grab food.

It easily holds the 1 cup of food I give him, and could probably hold 2.5 cups if needed.

My dog was getting sick on average at least 3 times a week with a normal food bowl, but the fact that I have been using this bowl for several months and my dog has not gotten sick after eating at all, speaks for itself.

This bowl is high quality, durable, and actually WORKS to make my dog eat slower. I'm a huge fan and would definitely recommend it to others.